Last night we and our people watched a movie about a heroic cat on a spaceship fighting a horrible and vicious alien! The cats name is Jones. He is a redhead and he is so handsome and buff! 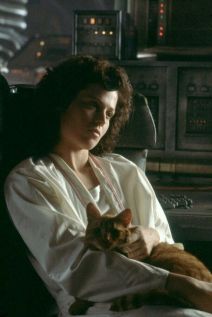 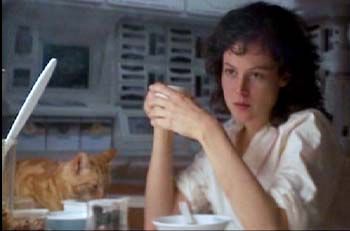 It was amazing how he stood up to that disgusting alien and saved Ripley all while mostly being stuck in that cat carrier!

The humans were so scared! But we knew of course that Jones was going to pull through! And he did!

We are of course talking about the 1979 movie Alien! Watching that was quite a trip down memory lane for the elders of the house.

In 2007, thousands of tardigrades (creatures also called waterbears about 1 mm long) were attached to a satellite and blasted into space. After the satellite had returned to Earth, scientists found that many of them had survived their stay in open space. Some of the females had even laid eggs in space and the newly hatched young were healthy.