Skip to content
HomeFake It Till the Leopards Make It

We’ve been fakin’ it! Now, you may be wondering what we’re talking about. Well, a fan and friend of ours in the UK told us about this cool campaign that is called IfakeIt. The campaign is trying to save leopards. Here is how it’s explained on the IfakeIt website:

“While we enjoy the beautiful and legendary leopard print, from handbags and hats, to scarves and stilettos, wild leopards are on the run. They are being killed across Africa, Asia and Middle East because people are also enamored with their real skins. We’re working with local communities who wear real leopard skin capes as part of their religious and cultural ceremonies, but who are now willing to fake it — by wearing faux [that  means fake] leopard skin capes instead. Thanks to our exciting new partnership with the Peace Parks Foundation and Cartier, we’re currently producing a total of 18,000 fake capes to outfit these communities, a transition that could save thousands of leopards — and we need your help.”

They want people to post pictures of themselves wearing fake leopard fur with the #IfakeIt. Zoe posted on Instagram a #IfakeIt picture which you can see at the top of this blog post. It’s a picture of her as a baby in a leopard print sleeper. Here is another one she just posted of us! 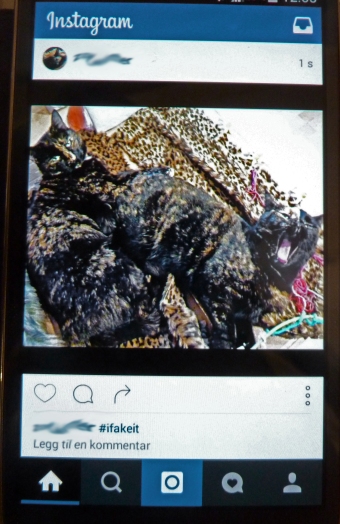 Maybe you can post a picture with the #IfakeIt!

And here’s a big shout out to our two viewers in South Korea and Australia!!!

How do you tell the difference between a leopard and a jaguar?

2 thoughts on “Fake It Till the Leopards Make It”